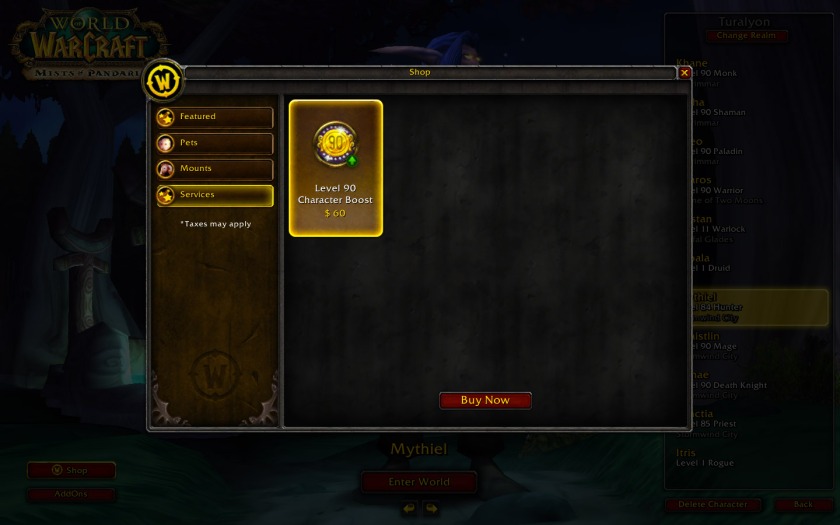 During today’s maintenance, several servers came back online for a few minutes.  While this was happening, a few players were able to log in and snag a screenshot of the in-game store, which now has the “Level 90 Character Boost” option available for $60.

Before everyone freaks out, Blizzard already said they would be adding the back end coding for the character boosts this patch.  However, they never clarified if the character boost was actually coming with 5.4.7.  Although the free boost only comes once you’ve pre-ordered Warlords of Draenor, perhaps the purchasable option will be released today.

However, this could just be a Blizzard Dev testing out the shop functionality, with a random price, during maintenance.  This could mean absolutely nothing, but it still gets me excited!

Let us know what you think in the comments section below, or feel free to tweet us @Healcraft.net.

UPDATE (2/18/14):  The Character Boost option was removed when the maintenance was over.  The Blizzard Developers were probably testing out the shop feature to be implemented soon.

Screenshot credit to Zheo of MMO-Champion.