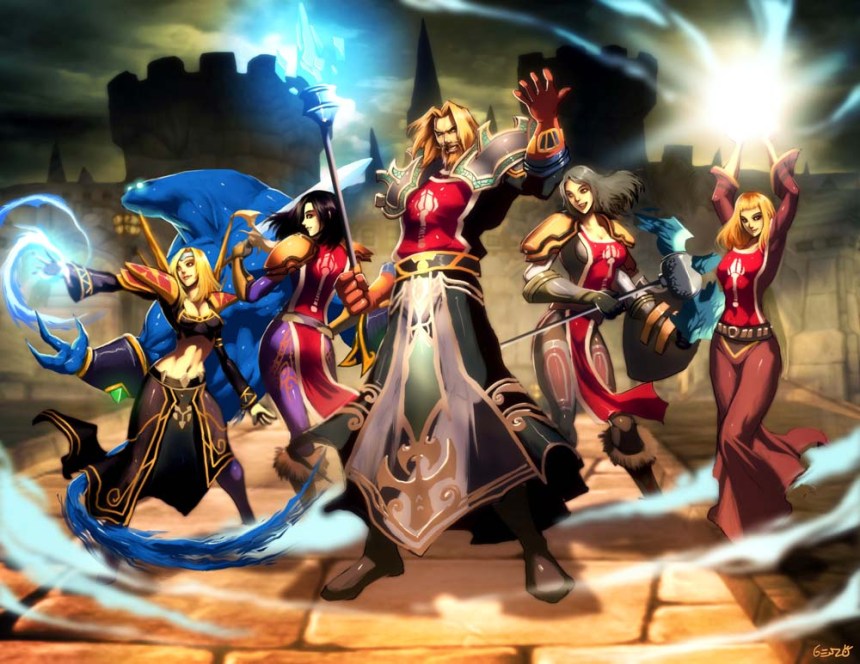 Welcome to Healcraft.net’s new weekly column on leadership in World of Warcraft.  These articles will include, but are not limited to, raid leading, being a guild master, various officer roles in a guild, various leadership roles in a raid team, and more.  I’ve been a raid leader, GM, and/or officer on-and-off for nearly 4 years, and if there is one thing I’ve learned, it is that you should always be looking for new ideas on how to improve the way you lead your team.  Admittedly, I still have a lot to learn and have room for improvement as a raid leader, but hopefully some of my experiences and lessons learned will help out some readers.  For this first article, we will briefly go over some of the topics I will be covering over the coming weeks, what I expect out of this column, and just some other general information.

The Officer Chat column will be posted every Tuesday evening, unless a major holiday falls on that date.  Additionally, there will be a schedule of topics for the next three weeks at the end of each column, giving you an idea of what is coming up next.  We will try to keep each week’s column independent of previous ones, but sometimes we will refer to previous topics that are relevant to the current discussion.  If this happens, we will be sure to explicitly link to the previous article.  However, reading the column from the beginning would also be great!

We love interacting with our readers.  Due to the nature of Officer Chat, this is especially true.  Have a specific comment or question about one of our Officer Chat articles?  Post a reply to that article or tweet us @Healcraft.  Have an idea for a future column; need help with a specific leadership issue in your guild that you’d like covered in an Officer Chat article?  Let us know about it on twitter!

Obviously the “big three” roles I will be focusing on will be a raid leader, guild master, and officer.  These are the most common, and almost every raid guild has these.  However, many teams also have non-officer role-leaders, raid bank managers, recruitment staff, and other “less than obvious” roles that must be performed for any guild to remain successful over a long period of time.  Additionally, sometimes I’ll cover a topic that is not directly tied to a specific leadership position, but still has significant important on raid guilds.  Below I have a tentative schedule of topics that I’d like to discuss:

As you can probably see from the topic ideas, we will be trying to have each week’s article naturally progress into the following week’s article.  For example, recruitment is an essential part of maintaining a long term roster and avoiding turn over, both of which are related to keeping your raid team engaged during long periods of farm (like we are in right now).

My number one goal with this column is to provide insight to new, and veteran, leaders in raiding guilds.  Like I said above, I am far from all-knowing, but some things I’ve learned along the way can help some of you guys avoid mistakes I’ve already made.  Leading a raid team is never easy, and is extremely stressful.  Most importantly, it is a thankless job.  You will always be credited with the failures of the team, but rarely commended for its accomplishments.  However, it is important to remember that the leaders of a raid team have the largest impact on the success of the team.  Hard work and great decision making can propel your team forward.  Meanwhile a poor decision can hold the team back.  It is all about limiting the bad decisions, learning from them, and moving forward as a guild/team.

With all of that said, I also hope to learn a lot from this process as well.  They say that the best way to learn something is to teach it.  Additionally, I’m looking forward to having some one-on-one conversations with folk in the comment section below and/or on our twitter account.  Please do not hesitate to contact us – we love to chat!

We hope you are as excited for this column as we are.  See you later tonight for the first official article!