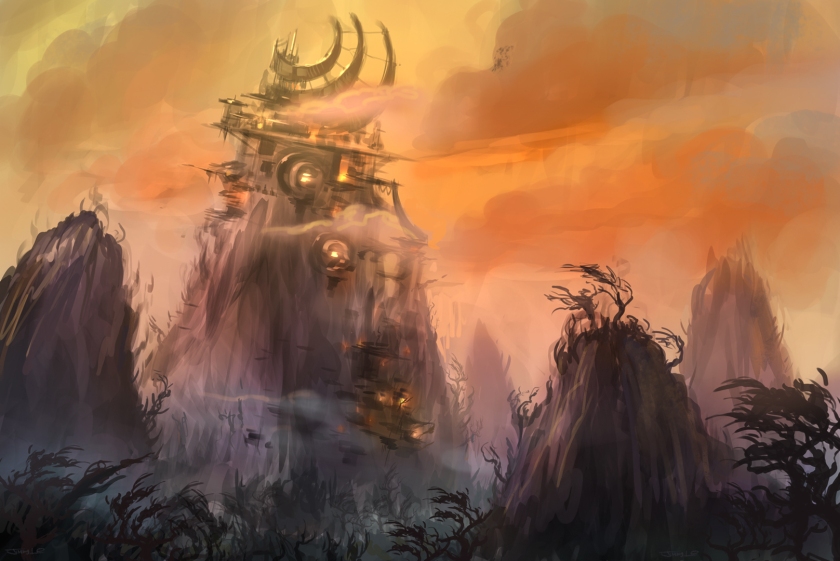 Offspec is a new column that will feature information for non-healing specializations.  Currently, Offspec is not on a set release schedule.  However, our ever expanding staff hopes to produce more articles at an increased frequently.  Offspec articles are written by freelance contributors who specialize in high-end theorycraft for a non-healing spec.

Hi, I’m Badzerath and I play feral for <Adapt> on Spirestone (US).  I have been playing feral for two and a half years and really enjoy the play style.  With 6.0, Blizzard is bringing some changes to feral that are great, and some that are not so great. Keep in mind that this is just my personal opinion and nothing is set in stone.  This breakdown will go point-by-point for each major change and will assume you have a basic understanding of feral druid abilities and mechanics.

Symbiosis has been removed

I’m not really surprised by this change.  Symbiosis was an ability that seemed to be rushed through development for the launch of Mists.  Some of the benefits you got as a feral were good – dispersion, bubble, and wolves were nice cool-downs to have in raid.  However, some of the spells made no sense.  Death coil from Death Knights did very little damage.  Additionally, frost nova from Mages and clash from Monks were almost useless for PvE.  Granted, symbiosis functioned overall a lot better in PvP.  Some of the abilities listed had some niche uses in crowd controlling adds, but for the most part symbiosis had limited creativity in the spells we received (as it pertained to raids and PvE content). In any case, I will miss being able to pop bubble and use heart of the wild and tranquility in intense healing situations.

Combo points are now on the Druid

This is something that needed to happen.  There are not words in the English vocabulary to express my joy at hearing about this change.  Feral viability in target swapping has been possible, but it is an overall pain in the neck.  “Oh, this add spawned and needs to be nuked let me just get some combo poi — oh, it’s dead.”  This is a huge quality of life improvement.

Snap-shotting of bleeds removed (except with Tiger’s Fury)

What can be said about this other than it being a direct nerf to bleed management?  Come 6.0, just make sure to tiger’s fury when you reapply bleeds (when possible), since that is the only thing that will snapshot for us.  For those that may not know this means:  instead of reacting to trinket procs and reapplying bleeds, your bleeds will automatically do more damage when your trinkets proc.  Set it and forget it.

I found these surprising.  In the current state of the game, ferals have four active abilities that generate combo points:  mangle, shred, rake, and swipe.  Obviously, swipe is only used in AoE scenarios.  Currently, mangle, shred, and rake should all be used if playing correctly, in order to maximize combo point generation, while simultaneously reducing the chance of energy capping yourself.  Mangle is your primary combo point generator.  Shred should be used during berserk, bloodlust/heroism, high energy moments, or with clear-casting up (assuming thrash is already applied).  Finally, rake should be used as a combo point generator at high item levels when trinkets like rune of re-origination proc (as long as you are not clipping a stronger rake), or when other trinkets proc that give you high attack power.

Feral play is not about spamming abilities rapidly, but rather being able to react to procs and generating your combo points wisely to maximize damage and consume energy efficiently.  These changes seem to be a direct nerf to that idea.  Coupled with the changes to shred’s positional requirement, Blizzard seems to be forcing us into using shred as our combo point generator in almost all situations.

This is another change in the positional requirement department.  Clearly, they want players to be able to start a pull in stealth regardless of placement; an idea that flows well with the changes to Glyph of Savagery.  This is a quality of life improvement.  So, why is ravage still in the game?  Incarnation.

This is a good change and something I really wanted to see with these patch notes.  This will aid in combo point generation on the main kill target during AoE fights.  Currently, this can sometimes be an issue.

Glyph of savagery will give a five combo point savage roar buff when leaving prowl (currently, it allows the use of savage roar at 0 combo points).  I don’t like this change since it is a direct nerf to the best glyph that ferals have; however, it is ultimately necessary as to not completely negate the value of the savagery talent (see below).

Neither dream of cenarius or heart of the wild will provide a DPS increase for ferals in Warlords of Draenor.  Both choices will become completely “hybrid play-style talents”, resulting in you spamming healing touch with DoC, or using HotW to become a pseudo caster/tank/healer for a brief period of time.  Nature’s vigil single-target damage buff is being reduced to 16%, and a percentage of the damage will still heal nearby allies.  Overall, I am disappointed with these changes.  I enjoy the current state of both HotW and DoC.  As of now, I see no reason to play DoC in Warlords, aside from solo content to heal yourself; HotW will seemingly provide overall utility in raids and NV will provide 16% more damage.

This talent makes Savage Roar passive.  At first, I got really excited, but then I realized this explains why they had to nerf Glyph of Savagery.  In its current state, the glyph effectively makes savage roar passive (assuming you remember to hit the button).  So, to make this talent option even remotely viable, changes had to be made to that glyph.  From first impression this seems like a strong PvP talent, and even potentially a strong talent for raid use on single target fights.  Not having to keep up savage roar will save energy, which is all the more valuable with the removal of mangle.

Thrash will now also apply rake to all targets it hits and will grant one combo point if it strikes your current combo target.  Not much to say about this one – obviously, it is a strong option to use on AoE encounters.

Moonfire is now usable in cat form, does damage based on attack power, generates one combo point, and costs 30 energy.  Essentially, they added another DoT to the rotation when using this talent.  The viability of this talent will solely be based on the scaling of attack power on moonfire.  Until those details are known, it is impossible to state how good or bad this choice will be in raids.  Additionally, attack power/spell power coefficients change very regularly during alpha/beta.  Thus, most theorycraft for this talent will not be around until numbers become set in stone.  However, I am a little hesitant about this talent from energy management standpoint for reasons discussed earlier.

Overall, the majority of the changes seem to be a reduction to the complexity and intricacy of the feral druid rotation, thinly veiled as button bloat removal.  The removal of mangle removed energy management with combo point generators.  We are stuck with shred and rake, and shred will out damage rake all of the time with the removal of snap-shotting.  The buff to pounce is nice, but what was wrong with ferals charging behind a target then using ravage?

The most glaring of these changes was to dream of cenarius.  By nerfing this talent, feral will go from one of the most attention-demanding specs to being relatively fairly simple.  At the moment the change seems to make dream of cenarius a nonviable choice in raiding.  Currently, the level 90 tier of talents in Warlords to comes down to nature’s vigil (DPS buff) and heart of the wild (raid utility).

The savagery talent seems boring and uninspired.  It’s not on the same level of creativity as bloody thrash and lunar inspiration.  Also, it seems somewhat forced since they have to rework glyph of savagery to make it work.

However, there are still some very good changes coming in Warlords.  For example, combo points being on the druid and the changes to primal fury are both good.  Also, some of the perks you gain as you level to 100 will be nice, like an increased duration on tiger’s fury.  Once beta starts rolling out and we get some more information of how the spec will play, we will be able to see how devastating some of these changes might be.

Thank you for reading my breakdown of the patch 6.0 alpha notes for feral druids.  If you have any questions or comments about anything mentioned above (or anything related to feral druid), feel free to respond in the comment section below or tweet us @Healcraft.  As more information regarding feral druids in Warlords gets released, I’ll be posting more articles.  Be sure to check back often and I hope to chat with some of you in the comment below!